A colleague brought this blog post to my attention.  I’d like to give the author kudos for a robust understanding of evolution and how some beliefs resulted in higher rates of survival during our distant past.

Here’s my reply to Kyle, which I would have posted as a comment, but his website would not allow: 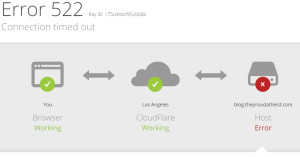 I think you answered well the question of where morality comes from (given a godless Universe). However, that’s not the most difficult question I wrestled with as an atheist. Let’s follow my atheistic arc to understand why morality is very troublesome for us*:

Here’s how I killed the Good:

You’ve done a good job showing where the belief in morality comes from, but can you substantiate morality’s actual existence?  The truth is that it’s kind of an unbearable existence to live without a belief in any independent morality, which is why most atheists are loath to apply the same buzzsaw to it that they lustfully used on God.

* Remember that the rational part of my brain is atheist, the superstitious part is devout Mormon.