For years I was an atheist. I became one after serving a two year LDS mission in Mexico. I didn’t have any issues with religion or Mormonism per se, other than the fact that the Universe I was coming to know through my biology and physics classes did not seem to indicate any divine creation. I wasn’t a skeptic, just a realist, pursuing the truth wherever it lead me.

I came to understand that there are indeed no substantial refutations of the evidence in favor of evolution or of the Big Bang. Does that prove definitively that there was no divine creation? That is a question I didn’t think to ask for years.

Believers need an intellectual framework and one of the foremost adopted by the Christian Right is Intelligent Design (ID). What is the point of ID? To reconcile Biblical accounts with scientific fact. How well does it do that? Not so well. Can it account for a 6,000 year old Earth or the Flood? No, it doesn’t even try. What it does try to do is discredit or tweak our current scientific understanding. Their success here is very limited because our understanding is based on evidence, and it’s difficult to get the evidence to disagree with the evidence.

So how do we wrap Intelligent Design in bacon? Good question! This is always my favorite part.

First of all, ID goes after very well established theories like the Big Bang or evolution. For anyone remotely interested in biology or genetics, there is an overwhelming preponderance of evidence in favor of evolution. Why ID is trying to storm the walls of such a formidable city is beyond me. According to legend, Cyrus the Great didn’t attack the walls of Babylon, that would have been suicidal. Instead, he was clever and wrapped the battle in bacon (i.e. he diverted the Euphrates river that ran under the city walls and his troops were able to march under them without being challenged).

The river that flows under all of cosmology is the dogma — the unsubstantiated belief — that we live in a real universe. If you divert this river, not only do you highlight a massive vulnerability of the scientific establishment, but you also gain the keys to the city.

For example, take this discussion on naturalness:

In peril is the notion of “naturalness,” Albert Einstein’s dream that the laws of nature are sublimely beautiful, inevitable and self-contained. Without it, physicists face the harsh prospect that those laws are just an arbitrary, messy outcome of random fluctuations in the fabric of space and time.

In order to counter the unlikelihood of our existence, scientist conjure up undetectable “multiverses”.

The idea that the ID community should be pursuing is that we live in a virtual universe. Scientists are at a loss to describe dark matter and dark energy, so it seems a fair assessment to say that they cannot prove that his universe is virtual or real. Why scientists are basing all of their assumptions an an unproven belief is difficult to fathom. From my perspective as a former atheist, you can use all of the same arguments that “killed God” to kill the Real Universe.

Is a virtual universe unscientific? Not at all. Simulations are everywhere now and we spend more and more of our time playing virtual games and living virtual lives. The main question is whether or not a simulation on the scale of our Universe is possible – a question that science has not yet addressed. If it is possible, even remotely, then one real universe could host many virtual universes. If that is the case then all else being equal, our likelihood of living in a virtual universe is much higher than that of living in a real universe. So an objective scientific view would conceded that if it’s possible that our Universe is virtual, then it’s very likely that it is. It’s a numbers game.

Adopting this viewpoint would lead to a great reconciliation between believers and scientists. Instead of refuting science, we could applaud it and try to learn from what the creator of our virtual universe was saying by creating it the way he did. Scientist would then be forced to admit that the certainty of “the real universe is dead” and we could continue discovery not just looking for naturalness, but also signs of computer code running everything we experience.

It would then be truly “Intelligent Design Wrapped in Bacon”.

Final Mind Bender: The discovery of the amplituhedron makes quantum physics much easier to simulate. Maybe that’s because it is simulated. 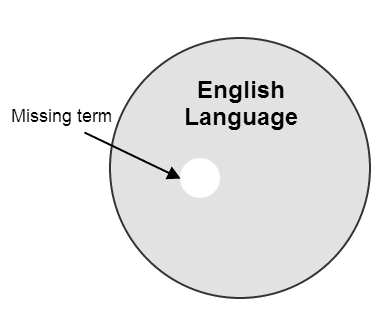 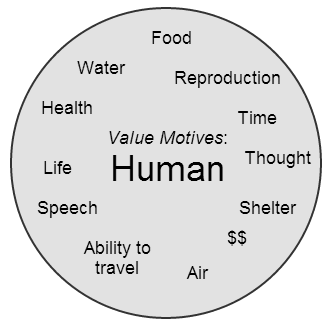